In addition to being a risk factor in itself, socio-economic status is also an important underlying determinant of other common risk factors. SLÁN 2007 reported that:

Growing Up in Ireland – National Longitudinal Study of Children( http://www.growingup.ie/ ), which commenced in 2007, reports that differences in health across social groups are evident from as early as 3 years of age.

Dalhgren and Whitehead’s pictorial representation of the main determinants of health reproduced below highlights the various influences which impact on the lives we lead. 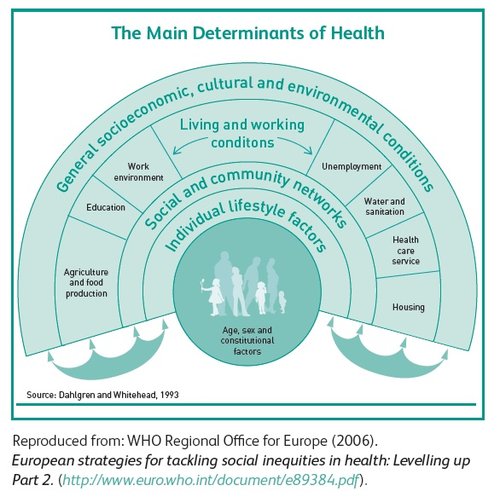 Acknowledging that personal lifestyle behavioural “choices” may, for certain segments of society, be limited by socioeconomic, cultural, political and other environmental conditions beyond their control is essential for developing effective public health strategies.